Things must be getting desperate for Grant King – he’s had to resort to cheap pop-up canopies and boxes-for-furniture to flog off his illegally imported gear to the locals at the local Helensville A&P Show.

Looks like King is having a fire sale – understandable, given the new cluster of criminal charges he is now facing.

Questions must now be asked of the local Helensville A&P Show Committee: what in the world was King doing anywhere near a public event in a commercial role as a multiple convicted fraudster, especially as he is also a convicted pedophile, in an environment frequented by children?

(Update: A Helensville A&P Show Committee member has confirmed in writing that “in respect of Mr King, we do not and cannot do background checks on the people who book trade sites at the show. If there are restrictions against Mr King trading in a public place then I would expect this to be overseen by the Department of Corrections and the Police, the latter being present at the Show”).

It is said that a picture paints a thousand words – read away: 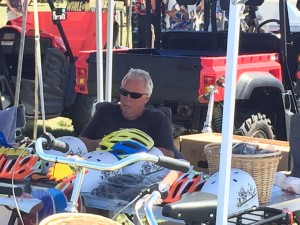 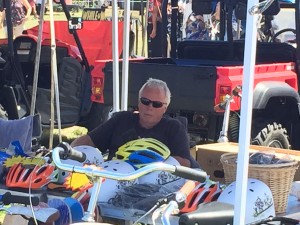